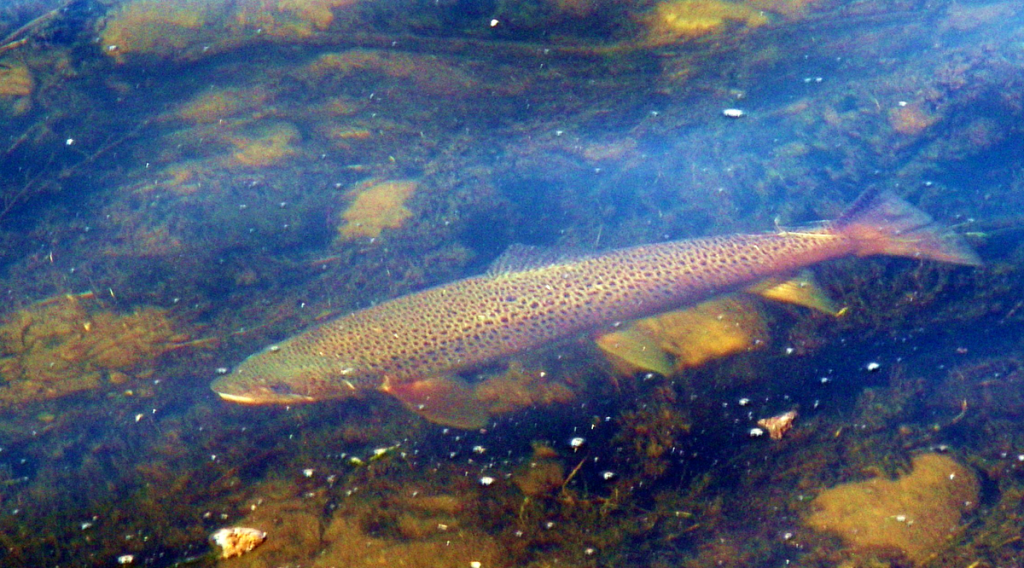 As a young science nerd I was always drawn to the things that make nerdy kids nerdy… formulas, charts, graphs and lusting after unattainable women. I was also a certified fishing maniac, obsessed with every aspect of the sport (I didn’t date much obviously). I remember walking up to a lake or stream, rod in hand shaking with excitement, but also feeling a little lost as to where to begin. Too many decisions, too many unknowns, not enough experience. The little discoveries and successes made on each outing were magical, and my young mind suspected there could be order in the chaos of this underwater world if I only looked for it hard enough, not unlike like the famous scientists I idolized.

At some point I was given a subscription to In-Fisherman magazine (I’m a native Minnesotan and still have a soft spot for this fine publication). Their data driven, formulaic approach to fishing spoke to me, helping make sense of the otherwise incomprehensible. My life as an angler took a huge leap forward.

Over the years I have tweaked In-fisherman’s formula for use with the long rod. The intricacies of this stuff can be discussed in great depth, so think of this as the “Spark Notes” version. I suspect many anglers use some version of this already, it’s sort of common sense, but here is my approach. *Note – if you have been to any of my presentations this will sound familiar.

(These are listed in order of importance.)

#1 Location: You can’t catch fish that are not there, so the first decision to be made is what type of water will hold the highest concentration of active fish. Knowing the seasonal and daily movements of fish can help narrow down where to start. I’m a believer in the old saying “10% of the water holds 90% of the fish.” If I’m not getting hit and I see no evidence that fish are active in a spot, I better move to a new type of water.

#2 Presentation: The next decision involves several factors. Anglers might ask themselves… How do I approach the water I am targeting? What sort of rigging should I use? What type of cast makes sense? How many presentations should I make before I move? How will I need to mend? The purpose of these questions is to form a plan where a presentation is made that;

#3 Pattern: Fly anglers love to obsess over this, and I confess I often fall into the trap. Pattern can be important, but it’s far less important than location and presentation. Tie on something that is about the right profile, size, and color (in that order) and you will probably be golden. That said, I have occasionally had times when what, to me at least, was a minor difference in fly pattern was a big damn deal to the trout. It pays to tinker a bit, just don’t forget if the fishing suddenly gets slow it probably has to do with #1 or #2 above.

I have drifted a lot of river miles in the last 50 years…I sure feel it some days…but that young boy is still in me. He is still an utter science nerd, drawn to formulas, data charts, and lusting after the chick he has a crush on (her name is Beth by the way). He giggles every time he hooks a trout and still finds the little discoveries made on the water fascinating and golden. But now he has a framework to place those golden little discoveries into, a formula to organize his approach, and this makes the inner boy-scientist in him (and most anglers I bet) happy in a rather profound way. Fishing perfectly feeds the child like curiosity all of us who love it possess.

Chicago Tribune once published a column entitled “Advice, like youth, is probably just wasted on the young.” I think the truth of that is pretty cool.

Full day of flyfishing in Colorado or New Mexico