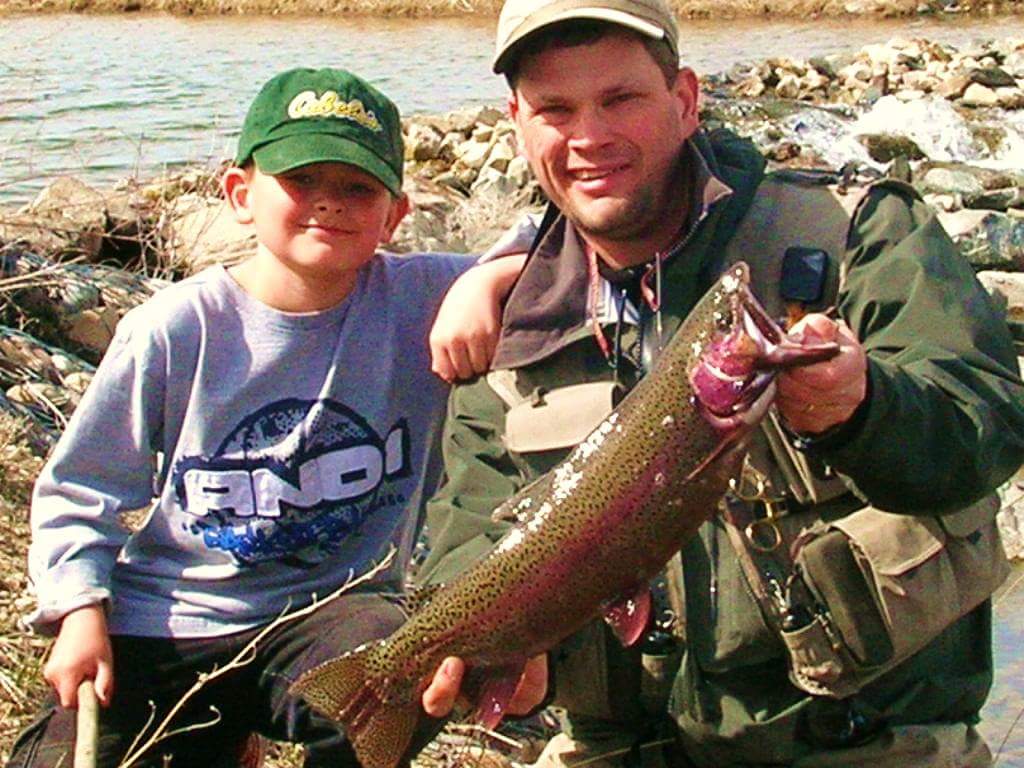 I am a father.

People who knew me as a young man would likely be surprised by this fact as I did not always use “good judgment” and the idea I might be in charge of another person’s up bringing seemed like a great way to generate a serial killer, or worse a bait fisherman. But, despite my best efforts, my son Colt has turned into a well-adjusted 19-year-old man ready to make his way in the world. I have to admit I am pleasantly surprised by this given the genetic deficits and lack luster parenting style I blessed him with.

From the time Colt was a baby I hauled the poor kid with me on every outing. It never even occurred to me not to float the river or roam the backcountry just because I would need to pack bottles and diapers. I once killed an elk high on a ridge two miles from the truck with him strapped to my back in one of those baby carrier things. Sorting out how to get the animal and the baby home safe is a story for another day. Another time he fell fast asleep wrapped tight to my chest in my rain coat. A wicked thunderstorm had force me to anchor under an overhanging cliff 25 miles from anywhere. The hail pounded my back, wind screamed, and lightening crashed all around us. I knew he was awake when he started to giggle and a little hand emerged to grab my hat. I could tell scores more stories, but you get the idea.

Anyway, as he grew he never knew a life that didn’t involve sunrises, sudden storms, sleeping on the ground, and eating stuff city kids would think unfit for their cat to consume. Fly rods, guns, bird dogs, mud, blood, and sage scented air were his earliest friends. That’s not to say he is not a quintessential millennial, enjoying all the currency of that generation – social networking, video games, instant access to music and film; As well as the timeless stuff that I can actually identify with – grades, trucks, girls. But when asked if he loves fishing as much as his old man he typically says, “I don’t know. We have just always done it. It’s who we are.” Which I must admit makes me feel pretty damn good.

His mom and I split up when he was 11 and she moved away. We decided she would have him during the summers and most holidays, while I had him during the school year. Anyway, our time to fish at that point got more limited. We went when we could, but between school, winter storms, my guiding schedule, extracurricular activities, and hunting season (I love to hunt, but he is obsessed.) from 11 to 19 we probably only got a dozen days of fishing together a year. I guess you could say days on the water with my boy are precious and likely to become more so as he heads off to college this fall.

He also is a rather competitive lad and has always wanted to “out fish” me. He has gotten close a few times, but somehow at the end of the day we always felt like we had, more or less, about the same level of success. Listen, I’m no fish counter, that’s a trait most of us thankfully out grow at some point. But who wasn’t a little that way when they were 18 or 19 years old? Come on… be honest.

One day this past January Colt and I were on the water. Colt had slept the whole drive up and only woke when we slid, bounced and rattled down the rough, snow packed 2-track that led to the put in. It had stormed hard, really hard, the day before and we were forced to break trail into the launch area. After a series of unfortunate events, including getting stuck four times in less than ½ a mile, a flat on the boat trailer, and a lot of digging, pushing, swearing and general mayhem we were finally launching at 11 rather than 8, which sucked. But as we finally got the boat headed down river, a few midges were out and we saw a few isolated rises, signs that the river was just waking up. We decided 8 would have probably been to early anyway, strung rods and got to work.

Colt was in the bow and I was rowing, Colt had not slung line since October, so he was rusty, but it didn’t take long for him to be making reasonable presentations. Right away he tagged a whitefish, then another, and another. We reasoned we would need to sort through these to find some trout, and that was the case. Colt stuck a small rainbow that jumped and threw the hook, then landed a fat 19-incher on the next cast. At that point he said his hands were frozen and I needed to fish. Colt is pretty good on the sticks and I was confident I would be into a few fish myself.

More than an hour and a mile of river later and I had not had a take. I tried everything. Same flies, same presentation, nothing. I switched it up and threw streamers, nothing. I sized down and up and changed weight and leader length. Nothing. Finally, providence showed a touch of mercy and I fooled a skinny whitefish to take a nymph. At least I got the damn rod bent. Anyway it was Colts turn again. Five minutes later he was into a rainbow, then more whitefish, then another good ‘bow, then a football shaped brown. He was having a blast. His mojo was hot. He could do nothing wrong.

We swapped again. I used his SAME ROD….and nothing. I was like a high school boy trying to get the attention of girls by making farting noises. Ignored, even loathed. I held my tongue in different positions, I prayed to the river goddess and made wild promises to live a more altruistic life, I swore to never touch another banana as long as I lived. Finally, a fish bounced the bobber and I managed to tagged him. It was a cutthroat, blind in one eye and snagged on the side of his face. Shit. I gave up and took the rowers seat so my “fish whisperer” son could have the bow. He stuck 5 more fish, landing 3 of them, in short order. Colt was giggling like a little kid when we hit the pull out. He has no idea how close he came to getting thumped in the back of the head by my #2 cone head slump buster.

Actually, and every father reading this will understand, I could not have been more deeply, profoundly, happy.

On the 90-minute drive home we talked the whole way. Fishing, college plans, girls, next hunting season, video games. We never even turned on the radio.