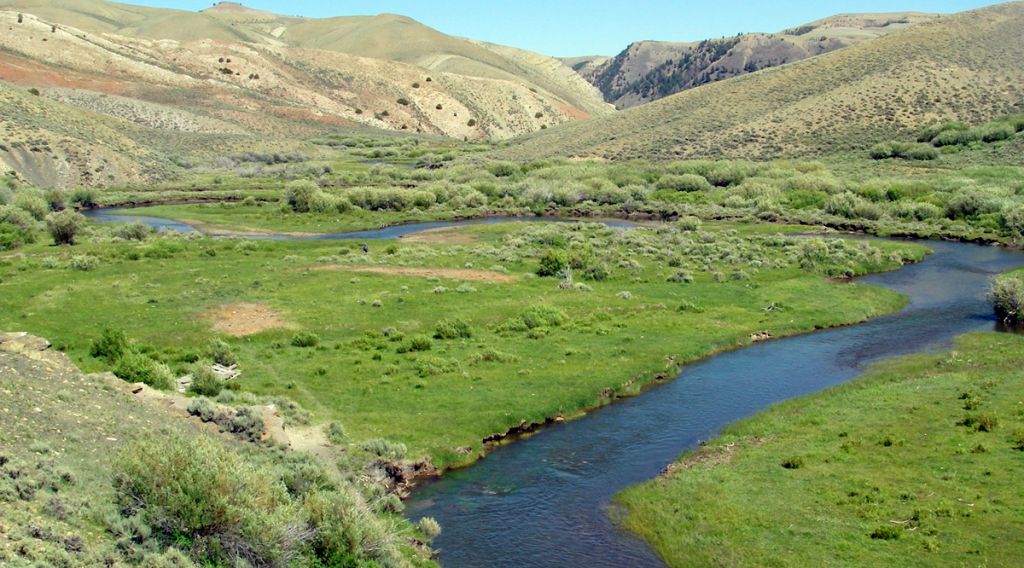 It has recently become clear I am dangerously close to the “Old Curmudgeon” stage of life. While I am not quite ready to rock on my front porch with a shotgun in my lap, ready to scream at kids to “Get the hell outta my yard”, I confess that I do occasionally day dream about it. In any case, I am unquestionably in the last third of my life, rapidly growing a solid crop of gray hair, and my wife has begun to refer to me has “seasoned”, rather than “hot”. If you are under 40 and reading this, trust me… you’ll get your turn.

I am, honestly, cool with this transition. Age does not always bring wisdom, but it does provide perspective. I have noticed, and this concerns me some, that fewer and fewer younger people seem to be interested in fly fishing. I happen to be one of those crazy old coots that like to stand in a river while wearing sexy rubber pants, and try to convince creatures with a brain the size of a small pea to eat belly button lint and chicken feathers lashed to a hook. This has been the central preoccupation of my life for many decades and I can’t for the life of me understand why everyone is not as crazy for it as I am. After some investigation I have come to some conclusions, and so I thought I would offer few thoughts on “kids these days” and the future of Fly Fishing.

I currently have three jobs. I am a proud high school science teacher, I coach a large (90 plus kids) debate team, and I am a fly fishing guide for “Solitary Angler”, wear I enjoy the company of mostly older, paying clients, teaching the finer aspects of fly fishing while rowing them down the river in a drift boat, making lunch, untangling lines, and making profound statements like, “Look a Moose!”. Two of these jobs puts me in and around millennials and Gen Z types for 10 plus hours a day, six days a week, nine months of the year. While I am not one of this generation of humans, I think I “get” them. So I am puzzled when I hear friends my age become sick with worry over the fate of fly fishing (and everything else) as we begin to age/die out, and are replaced by the flat brim-selfie-phone-as-an-appendage youth now poised to dominate the world.

Let me tell you a little secret…. I love them. Stop worrying.

The Gen Z and Millennial generation has a lot going for it. They tend to be better informed, understand the value of connectedness and consensus, are technologically literate, and perhaps the most open minded and tolerant people I know. They have some of the lowest incidences of drug addition, violent crime, teen pregnancy, and other such “boogie men” of any generation since the 1950’s. Don’t believe me? Look that shit up (again gravel voice). It’s true so don’t buy into the media characterizations. They really are pretty dang great.

One thing, however, they don’t have going for them is Fly Fishing. Not many do it. I have some thoughts on why and also why we don’t need to worry.

Why don’t many of them fish? Two reasons:

So, here is why we don’t need to worry:

First, It’s a myth this generation hates the outdoors and does nothing but computer gaming in a dark basement. There are tons of kids out there surfing, snowboarding, rock climbing, rafting, hiking, kayaking, and other things. This generation is after all human, and so drawn to the outdoors like every generation before them. I have taken scores and scores of kids fishing over my decades. All of them like it. Its human nature. It’s just not “fast and furious” enough for them…just yet.

But more importantly is this; many of you reading this fell in love with the outdoors at some point. I know I am lucky to have found fishing as a young guy. Without it I am certain I would have fallen deeply into degradation, or worse… become a golfer. But most folks find Fly Fishing later in life, evidenced by that fact many of my clients started in their mid-40’s. There is a reason for that. Most just didn’t have the time and money to get serious about Fly Fishing, or anything else, until we got through school and established. Millennials will too, or at least enough of them will to keep our industry alive, TU memberships sold, and our rivers protected.

As they age, slow down, and begin to ask themselves what life is really all about, this generation will do what every generation before it has done. They will conclude that no one ever lay in a hospital bed taking their last desperate breaths of air, and wished they had made it to level 400 on “blast the heads off the alien zombies III”, had 20000 followers on the twitter, or posted more duck face bathroom selfies on Instagram. They will realize that when they are gone no one will visit their social network pages anymore, and most who attend their memorial will cry hard for 20 minutes and then go post pictures of the lunch they ate.

They will begin to crave face to face time with loved ones, unshackled from a computer screen. Pictures of sunrises, kids, and perhaps a few trout will replace group shots taken at the bar. Probably beginning in their 40’s, they will come to the inevitable conclusion that reputation is about integrity and nothing else. They will learn life is about enjoying the simple everyday things and forming authentic relationships with others along the way; and while it will certainly look different, Fly Fishing celebrates all this beautifully, even profoundly, so they will find it.

The water calls us all, and we hear its music in our own way and in our own time. Be patient with Millennials, my friends, and have faith in the river that inevitably brings us all home.