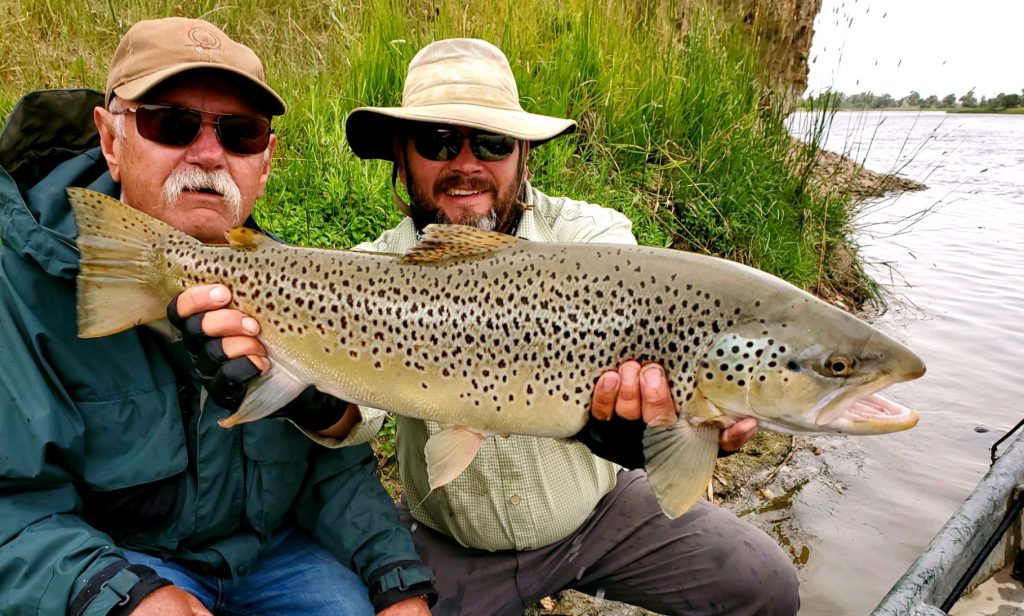 I recently listened to an Orvis podcast about the 7 deadly sins of streamer fishing. It was great and got me thinking. So here are my “7 deadly sins of fly fishing in general”. Don’t take this to seriously folks (see #3 below). By the way… I’m a sinner, but I’m working on it.

7. Thinking equipment will buy success – It won’t. Listen, I love great gear as much as anyone. A sweet rod with a low swing weight and just the right action adds to the experience. But I have been out fished by dudes with Walmart rods, cheap line, and crap bugs enough to have learned that it’s how you use your equipment that counts, not what you paid for it.

6. Failure to notice stuff – A day on the water is about the complete package; Sunrises, moose, a stooping falcon (now that’s a cool sound!), the feel of current against your legs, the smell of sage. As Ferris Bueller once said, “Life moves pretty fast. If you don’t stop and look around once in a while, you could miss it.”

5. Counting fish – Why? For what purpose? If at the end of the day you hooked a few, landed a couple, and had a rewarding time then wasn’t it a success? I admit I do silently count in my head while guiding in an effort to compile data on best times of the year, effectiveness of various techniques, etc. because… well I’m a nerd who loves data and graphs and analyzing stuff (science teacher after all). But to be honest I feel funny about it. When it’s just me and a buddy, I don’t count. Usually. I still have growing up to do I guess.

4. Bad manners – I get it. A guy drives 3 hours to hit a river he only fishes a couple times a season. He has 2 or 3 spots he feels confident in and is excited to rig up and get after it. He may only have a few hours to fish before he has to turn around and head home. When he gets there some other dude is in his spot. That is disappointing, but it doesn’t excuse crowding. Go explore. Likewise lipping off at some novice oarsman who low holes you or accidentally drifts over your run doesn’t make the situation any better. There are kinder ways to educate. If the choice is between being right or kind, chose kind.

3. Taking it all to seriously – If your value as a human being is determined, even in a small way, by your success as an angler, I suspect you need to reevaluate what makes human beings valuable in the first place. As John Voelker once penned, “And, finally, not because I regard fishing as being so terribly important but because I suspect that so many of the other concerns of men are equally unimportant — and not nearly so much fun.”

2. Elitism – Making fun of how other people fish, or chose to spend their leisure time, is silly. Except bowlers… they are not to be trusted. Just kidding. If you hate nymphing then don’t nymph. If you love dry fly fishing, do it. I happen to hate eating broccoli. It’s a godless evil vegetable and I would rather consume asbestos than even smell it. But that doesn’t mean I judge others who love it. Same logic.

1. Thinking the river owes you something – I hate when I hear someone say, “That river sucks”… as if this were high school and the water shot down your prom proposal. Some waters have more fish than others, some have bigger fish than others, ALL of them have stories to tell, gifts to give, and lessons to deliver. Take what the water gives you with a grateful heart and you are sure to enjoy the day more. After all, those who love fishing understand we don’t own the river, it owns us.